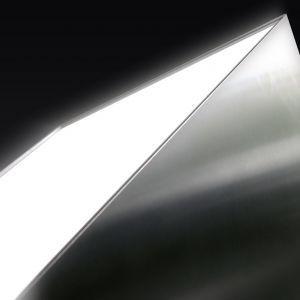 Esther Rolinson has been based in the South East region since 1993. She studied for her degree in Visual and Performing Arts at Brighton University and since that time has worked solely as a visual artist working with three dimensional design, gallery installations, digital imaging and architectural lighting. Esther has collaborated with professionals from a number of other disciplines in the areas of architecture, landscape architecture, choreography and computer programming.

Often site-specific, her work focuses on the idea of sensitising environments. Esther digitally animates found and self-generated images and her work explores the architectural applications of three dimensional structures, animated light designs, and digital technologies. Esther has been a member of both the South East Regional Design Panel and the selection panel for the Arts Council South East and SEEDA Awards for Art in Public Places. Her work includes: 'Light Decks' at the Aquarium Terraces Brighton, 2000; 'Stream' on Hastings Promenade opened in 2003; and 'Air Wave' an articulate acrylic and light surface for the Lookahead Housing Trust building in Bracknell.

Esther continues to make interdisciplinary works and has an ongoing collaborative relationship with Freemont Landscape Architects, initiated through an RSA Art for Architecture Award to carry out an urban design study for Redhill. Esther Rolinson and Freemont Landscape Architects were members of the Buschow-Henley Architect's winning design team for the SEEDA international competition to create an innovative housing and landscape scheme for St Mary's Island, Chatham Kent.

Recent work includes: a large scale LED work for 'Electric Wharf', a power station under development in Coventry; a light work embedded into the steps of the new Lewes Library; and a temporary touring installation 'Short Stay' funded by Arts Council England. 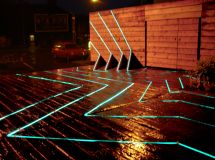 Esther Rolinson, who specialises in the use of light, was appointed to be part of the Electric Wharf team.