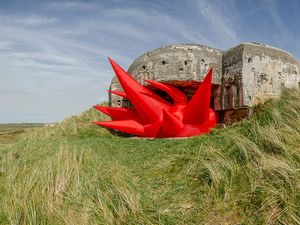 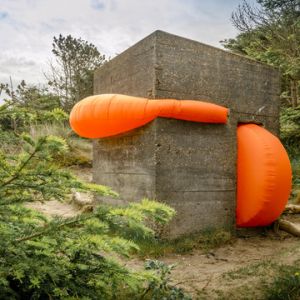 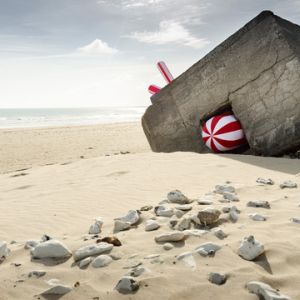 Steve Messam is an environmental artist based in the North of England. With his site-specific installations, he sets visual accents in rural or urban settings, which include historical relics and vacant architecture that make us perceive the familiar environment in a new way. He is also interested in space: the interaction of art and audience within confined and open spaces, the role of aesthetics and the physical experience.

His works include Beached (2007), in which he filled a beach with thousands of sandcastles and paper flags; Landscape Bubble (2006), a redundant building in the North Pennines encapsulated within a transparent globe, Drop (2008) -  a giant reflective raindrop the size of a three-storey building in the Lake District and Clad (2009) - a traditional timber-framed cottage wrapped in the fleece of 300 local sheep in Newtown, Wales for Oriel Davies. He created the first off-site installation at the 2006 Shanghai Biennial and created a number of site specific installations across the Venetian Lagoon during the 2009 Venice Biennale.

In 2002 he established ‘Fold’ - an arts organisation which aimed to provide and promote access to quality contemporary art in the rural environment. From its small gallery space in the sheep market town of Kirkby Stephen, Fold showed the work of hundreds of artists, both in the gallery space and in the wider landscape. In 2004 he created FRED - an annual art invasion across Cumbria - one of Europe’s largest annual festivals of site specific work. Between 2004 and 2008 over 300 artists produced new work in over 350 locations outside the gallery environment and was seen by hundreds of thousands of visitors.

As an artist Steve Messam has worked primarily outside the gallery environment for the past 18 years. He has a particular interest in the cultural reference points inherent in the work of artists living in rural communities and exploiting the assets of landscape, agriculture and community for challenging the preconceptions of contemporary rural arts practice. 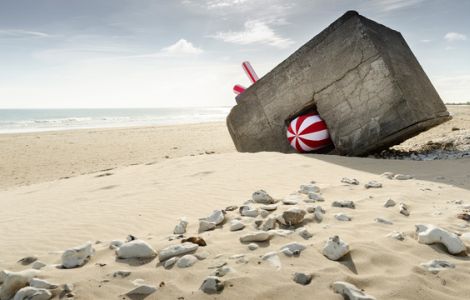 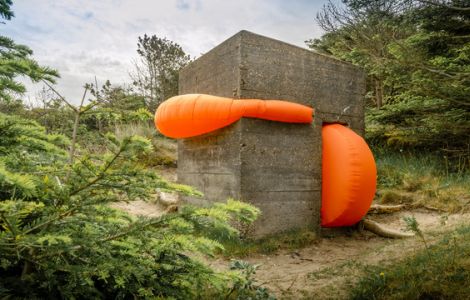