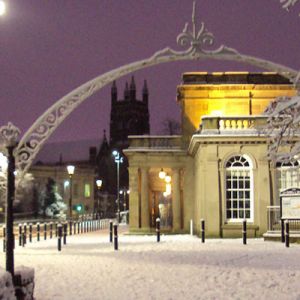 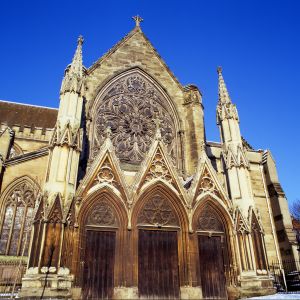 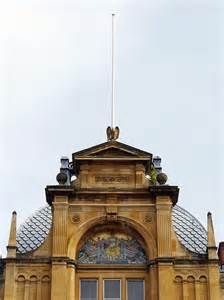 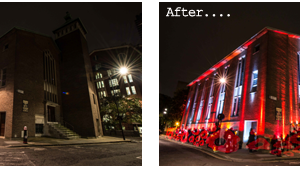 Warwickshire CAVA and Mary Portas Leamington Old Town sought volunteers to take part in a "one night only" Guerrilla Lighting project. Participants came together in Old Town to light up specific buildings to surprise and challenge the way they are seen. Guerrilla Lighting Leamington transformed four or five locations. Sites were picked that either have significance to the community or architectural merit.

After a short briefing session, the guerrillas took to the streets and under instruction, worked together to illuminate each site with an audience following the progress. After all the sites were illuminated, the group returned to base and the images of the results of their collective participation were shown. A key legacy from the project was the imagery that was created and used to promote the beauty of Leamington Old Town.

This exciting event happened early evening on Thursday 19th February 2015, during half term and took place during the "Love Leamington" month. Volunteers with no lighting knowledge easily participated using simple torches which were provided to illuminate the chosen locations. Volunteers were all ages and included families, students, residents etc.